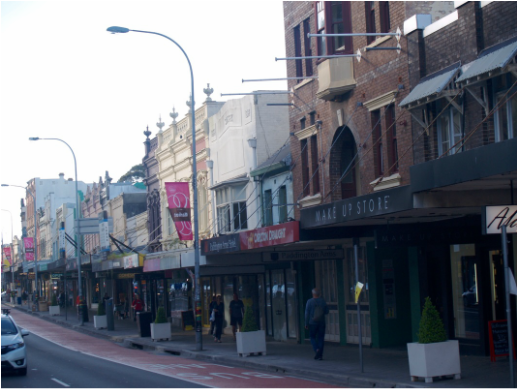 One of the inescapable - even defining - features of the Australian streetscape is the long line of awnings suspended horizontally over the footpath, a tradition that evolved from the old post-and-awning verandas that began to disappear in the first half of the 20th century.

Noumea, New Caledonia, 1999
Unlike the old Victorian verandas that visually unified the shop and hotel facades, adding to the character and atmosphere of the street, awnings often seem to have an opposite effect, creating a bland standardisation, a continuous fracture between the ground level and the upper storeys. On older buildings, they can appear as an awkward afterthought, detracting from the original unity of the facade.

But although they might be seen as a typical feature of most streetscapes in this country, they are not, of course, uniquely Australian. Horizontal awnings, with slight regional differences, can be found in many countries with similar climates to ours.  They exist in virtually every Commonwealth country in the southern hemisphere, from New Zealand to Fiji.  People who've moved here from South Africa and Zimbabwe often remark on the similarity of Australian streetscapes to the streets of Johannesburg and Harare, although in southern Africa awnings tend to be constructed of concrete rather than metal.

One notable aspect of awning design in some French territories like New Caledonia, is the degree of visual integration achieved, partly by leaving the awnings blank, rather than covered in painted signage.  (It's notable that a hot, sunny climate like ours can lead directly to a visually chaotic, excessively commercialised urban environment.)  This strategy was adopted some years ago in the upgrade of the north-western end of Sydney's Oxford Street.  In addition to tree planting and a significant widening of the footpaths, the awnings were all cut back to a uniform, reduced depth, and their edges painted in dark colours.  Oxford Street may still lack some of its former vitality, but the overall result was a substantial improvement in the aesthetic quality of the streetscape, although some of this uniformity is now beginning to break down, as businesses are once again tempted to place signage where it's most visible. 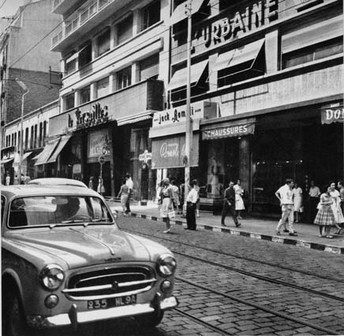 European quarter, Algiers, 1958
There's also another issue - should some of the heritage buildings on the southern side of the street have had their original verandas reconstructed, given the contribution this would have made to the street's character and "sense of place".  It was also a pity that the silver-grey multi-function "Smartpoles" lining the street were not finished in bronze, which would have made them less visually intrusive - as has been done, for example, along Glebe Point Road.

Recent architectural trends suggest there's a new awareness of the importance of creating a visually integrated streetscape, while still providing adequate protection from the sun and rain.  A recent development in Sydney's Bourke Street, on the former site of St Margaret's Hospital, is an elegant example, and there are many others.  But it may be many decades before the cheerful clutter of the typical Aussie shopping strip evolves into something a little less chaotic. 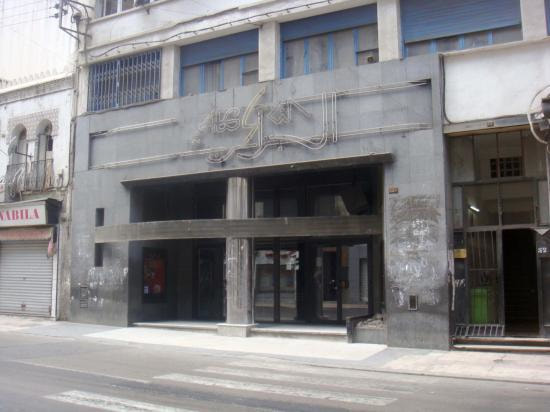 The same scene nearly 60 years later: most of the awnings and other projections have been removed, providing little protection from the harsh North African sun. 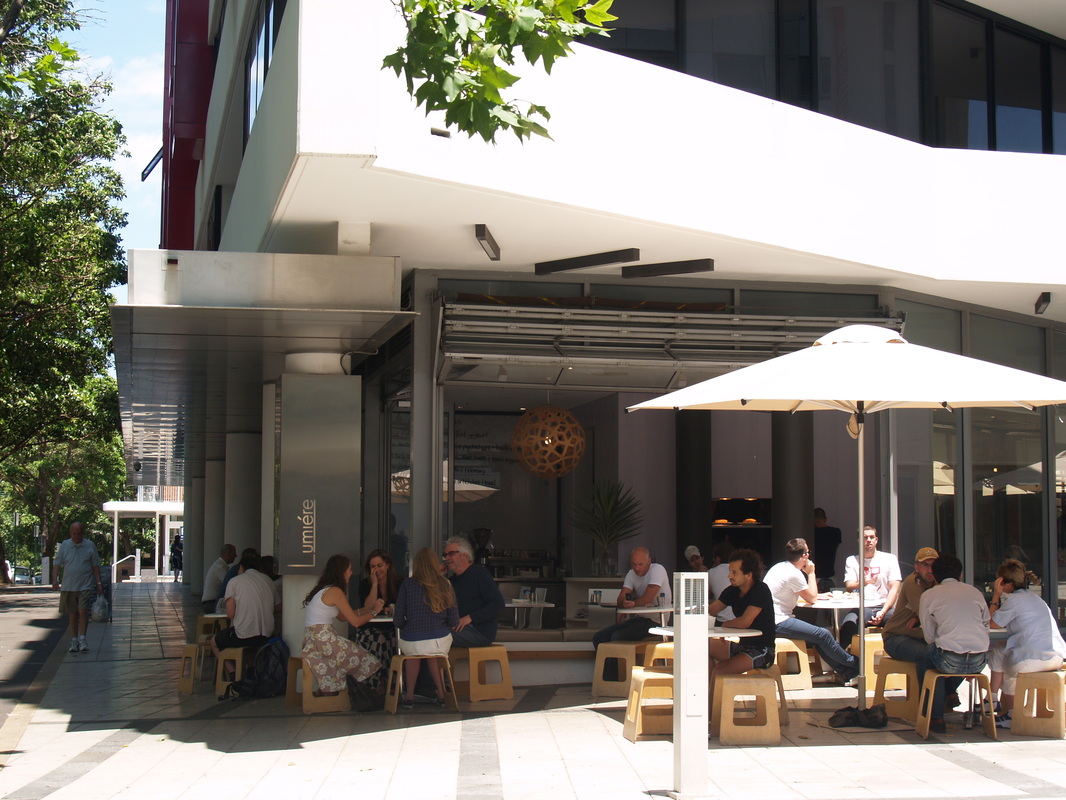