Paul Walter is the Managing Director of City Plan Urban Design, an urban design and planning consultancy based in Sydney. In this opinion piece he reflects on the changing nature of the Australian "home", now that for the first time in New South Wales in the last year (2011) more new apartment dwellings were approved than single house dwellings. This change occurred when in Sydney around 19,000 new dwellings were approved during a year in which the city required around 30,000 new dwellings to accommodate a population growth of 75,000 people.

UNIT BY UNIT, A CHANGE IN ATTITUDE 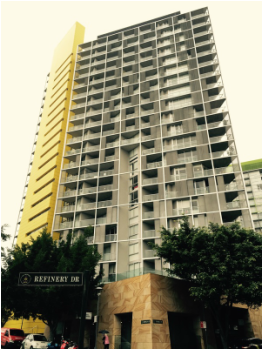 The Distillery apartments, Pyrmont, Sydney
If our mainstream film and television is a guide, Australians are exclusively a suburban or rural people. I had trouble finding a single film that presented Australians in a contemporary apartment. And yet, last year the number of apartments approved in NSW exceeded the number of houses.

If we look to representations of other peoples - Americans, Japanese or French - we can readily identify an urban person: Seinfeld in his apartment with the street life just out the window; the hyper-urban Neo-Tokyo of Akira in comics and animation; Brando’s Paul firmly shutting the elegant apartment window in Last Tango in Paris.

If we start to present ourselves as urban people, how will our spaces be characterised?

Living spaces in each city are different: the sloping interior wall of the Parisian mansard roof, pigeons cooing at the tall window; the white-gloved doorman in the Manhattan apartment with the giddy vertical lines; the austere London loft apartment of white painted columns, steel-framed windows and milky light.

What, then, for the Australian apartment? We can see some distinct patterns. Our balconies tend to be large enough to set a table. Views are keenly sought but excessive overshadowing is prohibited. This leads to an unusual hybrid shape of lower-rise “perimeter block” buildings punctuated by free standing towers. Victoria Park in Zetland and the Distillery at Pyrmont are examples. These buildings create streets that feel on the scale of only three or six storeys but all have the drama of soaring towers and views for miles.

Our habits also differ from apartment dwellers in other cities. We tend to stay at home - kings of our castles, with our flat screens and wide balconies. Residential streets in Australia tend to be quiet, even in our densest neighbourhoods, such as Elizabeth Bay. Perhaps if you live in an apartment in Berlin or Hong Kong, the place is so cramped or dark that you spend as little time there as possible, so the parks and streets are busy.

The enduring identity of most cities emerges at a time of dramatic growth in urban residency. The Paris that we identify is one of the late 1800s - the Paris Opera and the Moulin Rouge. Georges-Eugene Haussmann’s grand plan that gave the city its long avenues and uniform apartment buildings of seven stories and mansard roofs also brought a dramatic growth in high density living.

The Gotham City vision of Manhattan in the 1920s and ‘30s corresponded with a building boom that produced the Empire State and Chrysler buildings but also a massive construction of apartments. Hong Kong’s 1970s apartment boom came to characterise that city.

All this suggests we may have witnessed a defining period in Sydney in the recent apartment boom, and this period may be continuing. The population is certainly continuing to grow. If this is the era that defines Sydney, then it is just as well we have had pretty decent apartment design guidelines mandated since halfway through the boom. Also, many of the councils in the areas where population is increasing the fastest have good design review panels, and the urban-design enlightenment is in full swing.

This has enabled the present generation of architects to be taken seriously. Many have “cracked the puzzle” of apartment design and have turned Australia from an architectural backwater to a recognised country in the world architectural press.

During consultation with communities I often meet people who are appalled at the idea of apartments around their town centre. They identify the grim public housing slabs of Redfern and Manchester, or they associate apartments with the familiar “three-storey walk-ups” of the ‘60s to ’80s. They spit the words “units” or “flats”. Places of last resort.

However, for most of generations X and Y, theirs is an experience of urban living. Earlier generations went from suburban school to suburban marriage: house to house. The later generations forestalled marriage and in their 20s tried life in their city, or in cities around the world. When they did, it was an urban experience. So for the first time we have a population that might choose apartment living. I believe that, as the new living environments that are being created in our cities connect with our popular culture, we will see a new Australian identity