HOBART:  BRINGING IT ALL TOGETHER


As the Tasmanian economy finally gets out of first gear, there are big changes happening in the Hobart CBD.

​In a sign that the city can reconcile its historic character with much needed development, the FJMT designed Parliament Square sets an impressively high standard.
​ 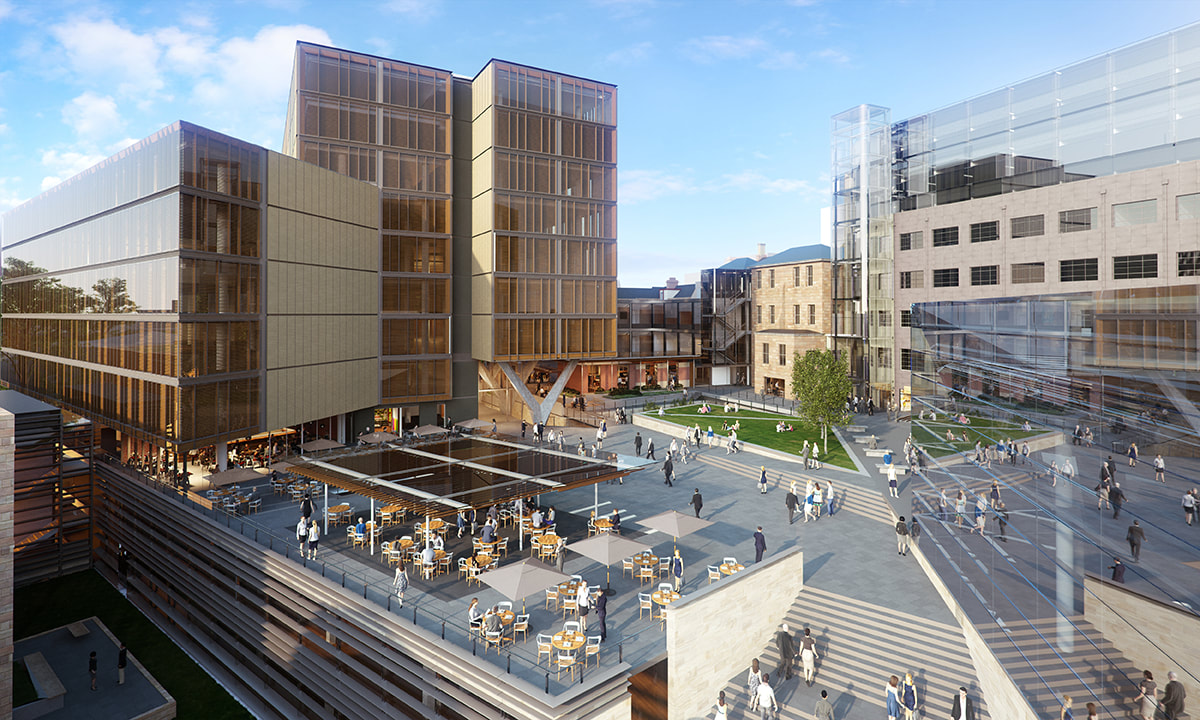 One of Hobart’s delights is the colourful waterfront area, a working port and home to fishing boats, Antarctic research vessels, hotels, fresh seafood retailers and multifarious restaurants – and it’s highly unlikely that the locals would ever agree to it becoming a playground for the well-heeled and their overbearing cruisers and yachts.

But despite the small scale of the city, there is a disconnect between the CBD and the waterfront. FJMT designed outstanding alterations and additions to the Tasmanian Museum and Art Gallery just a few years ago, but their proposed new wing and redevelopment of the sterile car parks around it – which would have addressed the lack of direct connection – seems to be on indefinite hold.

On the other side, though, things are changing. Here FJMT has designed the new Parliament Square and associated buildings. This new civic and urban initiative is not just a splendid re-imagining of this traditional government precinct, but also a fine-grained connection between the CBD, the waterfront and Salamanca Place, not to mention a symbolic strengthening of the connection between Parliament House, major government locii and the city.
​
The site is defined by Parliament House, the new Salamanca Building, the gorgeous St David’s Park, Davey Street and Murray Street. The new Salamanca Building has direct connection to Parliament House and provides parliamentary services and ultimately some commercial tenancies. The new building combines with heritage buildings from the 1840s to the 1880s and another new building to frame the perimeter of a new public square with a variety of access points. 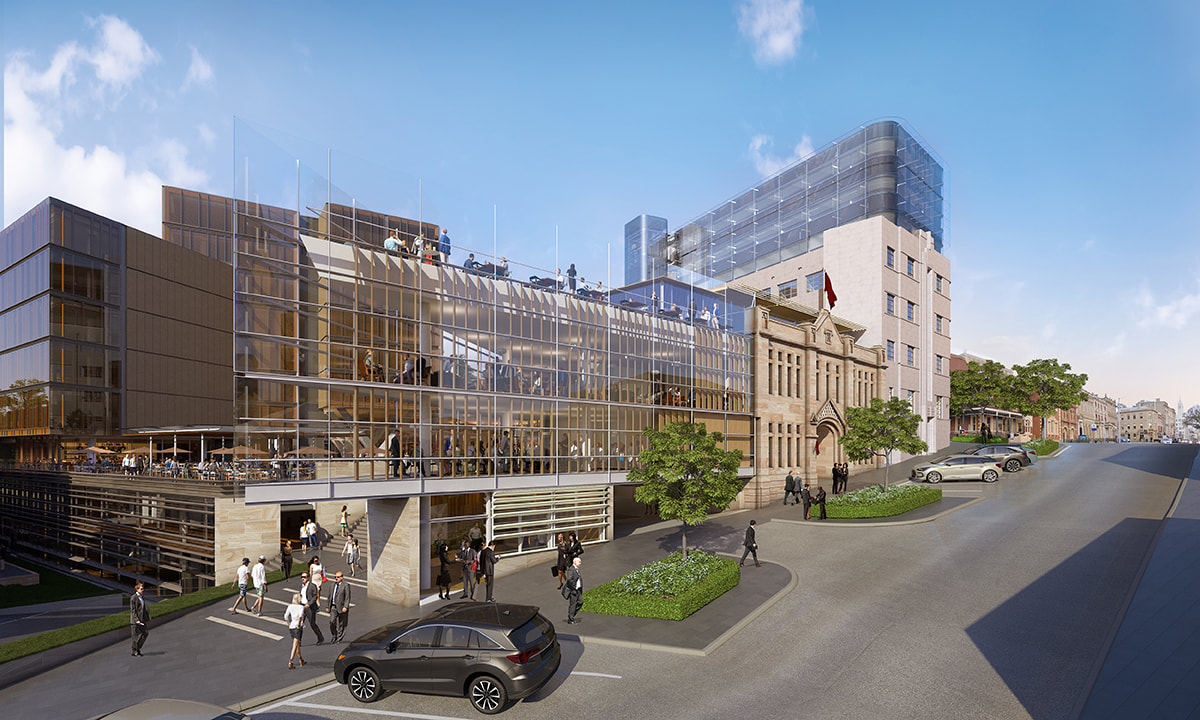 The perimeter complex will include a new 152-room Marriott Luxury Collection Hotel which consists of a refurbished heritage building at 36 Davey Street and a connected new mixed-use building, altogether combining five buildings. The whole complex creates a new public piazza described by David Haseler, Project Principal, as “a terrace on the hill” with panoramic views down to Sullivan’s Cove and the River Derwent.

A new north-south link will connect St David’s Park and Salamanca Place with Murray Street and passing through the arcade of 12 Murray Street, home to a major government building opposite. David Haseler points out that the new Parliament Square will be both sheltered and sunny, “a rich and harmonious assembly of new and existing built form, enlivened by activity and a variety of uses through the day to become an important addition to the City’s office, entertainment and cultural functions”.

In addition, the development activates the rear of the heritage buildings, including Parliament House and includes an additional point of access from the impressive double-height volume of the new Salamanca Building’s foyer with dynamic V-shaped supporting columns. Also visible from the square is the glazed atrium link between the Salamanca Building and Parliament House.

The scale and the high degree of transparency generated by generous glazing and multiple through-views, along with a deeply considered response to the physical and historical context, ensure that Hobart’s new Parliamentary Square will be a major force in re-vitalising the city – where governmental, civic, commercial, hospitality, private and tourist functions are brought together in a celebration of one of Australia’s most liveable cities.